Around the Clock darts is an easy and fun darts game that any level player can pick up. The game is also known as Around the World, but aside from the different name, the game is the same.

So, let’s find out more about Around the Clock darts and how you can test yourself by making the game harder.

What Are the Rules of the Game Around the Clock?

The rules of Around the Clock are simple. Each player needs to hit the numbers 1 through 20, followed by the bullseye in order.

Players can only move on to the next number in the sequence when they’ve successfully thrown a dart into the previous number.

Players throw three darts per turn. The dart must not bounce out of the board for the number to count.

What Do You Need to Play Around the Clock Darts?

Don’t worry, you don’t need any special items to play Around the Clock darts. All you need is:

Each player should remember which number on the clock they’re up to. But if you’ve got your beer goggles on, there are a lot of people playing, or you want to be sure there’s no cheating going on, it’s worth keeping a note on a scoresheet. Our free printable Around the World scoresheet will come in handy here.

How Many Players Can Play Around the Clock Darts?

You need a minimum of 1 player to play Around the Clock darts. One of the best things about Around the Clock is that there is no maximum number of players. This makes it a great game to play in a bar with your mates or at a house party.

What Numbers Are in Play in Around the Clock Darts?

Numbers 1 through to 20 are in play, as is the bullseye. If you throw a dart into a double or triple, it counts as a single number.

For example, if the next number in your sequence is 4 and you throw double 4, this qualifies as a 4 and you can move on to number 5.

How Do You Win Around the Clock Darts?

To win Around the Clock darts you need to be the first player to hit numbers 1 to 20 and then the bullseye.

How Difficult is Around the Clock Darts?

How Do You Make Around the Clock Darts More Difficult?

As Around the Clock darts is so easy, experienced players often shun it in favor of more difficult darts games.

If you’re at the point where you’ve become a bit of an expert at Around the Clock darts, it’s time to make the game more difficult with these new rules:

Will Playing Around the Clock Make Me a Better Darts Player?

The Professional Darts Corporation (PDC) reports that the numbers most commonly hit on a dartboard are:

In Around the Clock darts you’ll be able to show how good you are at hitting these numbers. But you’ll also have to try your hand at less commonly hit numbers, such as single 4.

Being made to hit other targets is good practice and will improve your hand-eye coordination and your accuracy. You’ll then be able to have a go at playing some harder darts games, such as:

How to Get Better at Around the Clock Darts?

We’re not going to promise you that you’ll win Around the Clock every time you play. But follow these tips and you’ll get better at the game, which should hopefully secure you at least one win.

How Do You Play Around the Clock Darts on Your Own?

You’re probably wondering how you can win Around the Clock darts when you’re the only person playing. The answer to this is to keep a record of how many darts it takes you to complete the game. The next time you play, aim to finish the game with fewer darts. 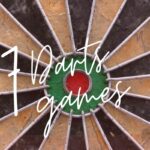 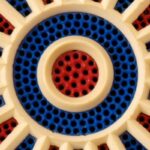