The objective of golf darts is to win by having the lowest score at the end of a complete game. In golf, a complete game either has nine or eighteen holes. Similarly, in this game, you can choose to have nine rounds or 18 rounds for a complete game.

The score is calculated based on strokes for each throw. You can have five strokes, four strokes, three strokes, or a hole-in-one. The latter would be considered the highest achievement, just as in golf. The strokes would be determined based on the position of the darts on the board.

Golf can be played using different boards, and each has its own rules. Currently, there are three major types of boards used in these games. They include:

Dartboards mimicking golf courses are easy to use because they have a marked hole within numbered sections of 1 – 18. The closer your dart gets to the hole, the higher your score for that throw.

However, if you don’t have such a board, your traditional board would still work great. For each round, focus on the corresponding numbered section of the board. For example, for round 3, focus on section number 3 on the board. That is the target.

Consequently, the scoring on this board would be as follows:

How Many Players Can Play Golf?

Two or more players can play golf darts. The maximum number of players is dependent on you. However, you need to keep in mind that having a large group means taking a long time to finish a game.

Furthermore, the number of people will influence whether you can play the nine or eighteen-round game. The latter takes double the time and is more suitable for small groups. In such a scenario, the game can be more enjoyable and slow.

If you have a large group of players, consider playing nine rounds per game. This way, everybody will get a fair turn without dragging the game too long. Alternatively, you can divide the group into two. Each group can play a game, and then you can compare the scores to find the winner.

In this game, the general rules of darts apply. Each player gets three turns, and only the dart that makes contact with the board in the intended section is counted. For example, if the game is in round four, any dart that lands outside the area numbered four on the board is counted as missed.

Although each player gets three turns only their final throw counts. Therefore, if you get a good stroke on a double or triple on your first or second try, you don’t have to throw again. This will put your final score in jeopardy.

To assign scores to your group, create a scoreboard with names in the top row against the numbers one to nine or 1-18 in the first left column. To keep track, you can play in the order of the names.

Once you have thrown your darts, don’t remove them from the board itself until the points have been determined.

To have an enjoyable experience playing this game, you need to organize your group effectively and have the necessary skills to win.

Here are some important questions to consider within your group for a smooth game:

Check how to play around the clock darts next.

Once you have everything squared away with the group, you need to concentrate on your skills and technique to win. Strategies that can help you win include:

Playing to Your Strengths

It’s important to balance risk and your skill level. Don’t just focus on the doubles. If you are good at triples, the balance between that and the doubles. You want to keep up consistent scores, as this will give you a higher chance of winning.

Your aim needs to be great. Therefore, you can use the first throw toward the double as a gauge for your follow-up throws. Taking calming breaths and fixing your posture can help your accuracy get better.

Have Confidence and Enjoy Yourself

Believing in yourself is key to improving your morale. This will help make you calmer and more relaxed, which will increase your chances of achieving your target. Furthermore, you will be able to assess where you went wrong for the next round or game.

Curious how to play scram darts? 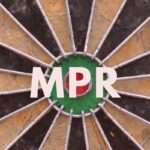 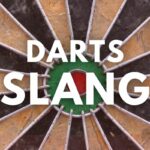