If you’ve ever played darts, you’ve probably seen the term “MPR” on a score sheet. But what does it mean? How is MPR calculated, and what does it actually tell us about our game?

What is MPR in Darts?

The MPR in darts is short for Marks Per Round. It’s an official ranking system that determines the skill level of a dart player by assessing how good they are at hitting trebles. The MPR ranking is less used in Europe and more commonly used in the U.S. during official tournaments and league competitions.

How is MPR Calculated in Darts?

To calculate your MPR ranking, you take the total marks scored in a round and divide it by the number of darts you’ve thrown. Then, you multiply that number by 3 to get your MPR ranking.

How marks are assigned:

So, the formula for calculating MPR will look something like this:

What is a Good MPR for Darts?

MPR is one of the main official ways the darts community classifies and ranks dart players in a game of darts. So, if you’re a beginner darts player, you can use MPR to visualize your progress as a darts player by aiming for the highest MPR ranking. However, what exactly is a good MPR in darts?

The MPR ranking ranges on a scale of 0 to 9. If you’re a great darts player, your MPR will fall in the higher ranges, while a beginner will have a lower score.

If you’re a beginner, you can start small by aiming for an attainable score between 3 and 4.

Higher scores are more difficult to achieve. So, the moment you feel comfortable scoring an MPR of at least 3, you can continue brushing up your skills to reach a higher MPR score, but with no pressure. Skilled dart players aim for higher rankings of between 6 and 7. Some even aim for rankings higher than 8.5. Ultimately, the higher your MPR, the higher your skill level.

What is PPD in Darts?

What is PPR in Darts?

PPR, on the other hand, also known as the darts average of the three-dart average, is a slight variation of the PPD ranking that adds multiplication at the end.

So, from the PPD example, if you won on your 15th dart throw, your PPR will become:

What is a Good PPR in Darts?

A good PPR ranking for a beginner is generally in the 30 to 50 range. If you have more experience, you may want to aim for a PPR of between 60 to 80.

If, during your practice, you get a ranking lower than 30, then keep practicing to get better with no pressure.

What is a Good Average for 501 Darts?

The average for 501 darts is similar to the PPR ranking. So, a good average in a game of 501 is getting at least 60 points consistently.

For a beginner, you can start by aiming for a ranking between 30 to 50. As you progress, aim for an average of between 60 and 80. At this point, you can compete nicely with league dart players.

Experienced players can always aim higher for rankings above 80 points. And when you reach 100 points, you’ll have reached the world-class benchmark of the best dart players.

Check our article on how to throw darts consistently for tips on your game.

How Long Does it Take to Get Good at Darts?

It varies from person to person. For the most part, it depends on how committed you are to practicing consistently. During practice, you’ll need to find which strategies work best for you, whether it’s your throwing style, your release, or how you master your nerves so that your dart throws grow more accurate and precise by the day. You also need to take breaks in between practice sessions, so it’s not non-stop training.

Keeping all these factors in mind, some professional dart players have taken three years to get good at darts. Others have taken a longer time frame of five to seven years, sometimes even more, to compete in an official tournament.

There is the “10,000 hours of practice” rule to consider for becoming an expert at something. And while it may not take that exact amount of time to get good at darts, you need to put in several hundred or thousands of hours of practice to brush up your skill level.

Brushing Up Your Skill Level

As a beginner, you don’t always have to worry about your MPR, PPD, or PPR ranking. You’re just getting started in the world of darts, so have fun without pressuring yourself with your skill level. With time, you’ll start to improve your accuracy and precision and get to the point of wanting to find out just how good you are at playing darts.

At this point, consider the MPR ranking that will give you a rough idea of how good you are. There is no pressure, though, as, with time and practice, you can become as good as professional dart players competing on world stages. 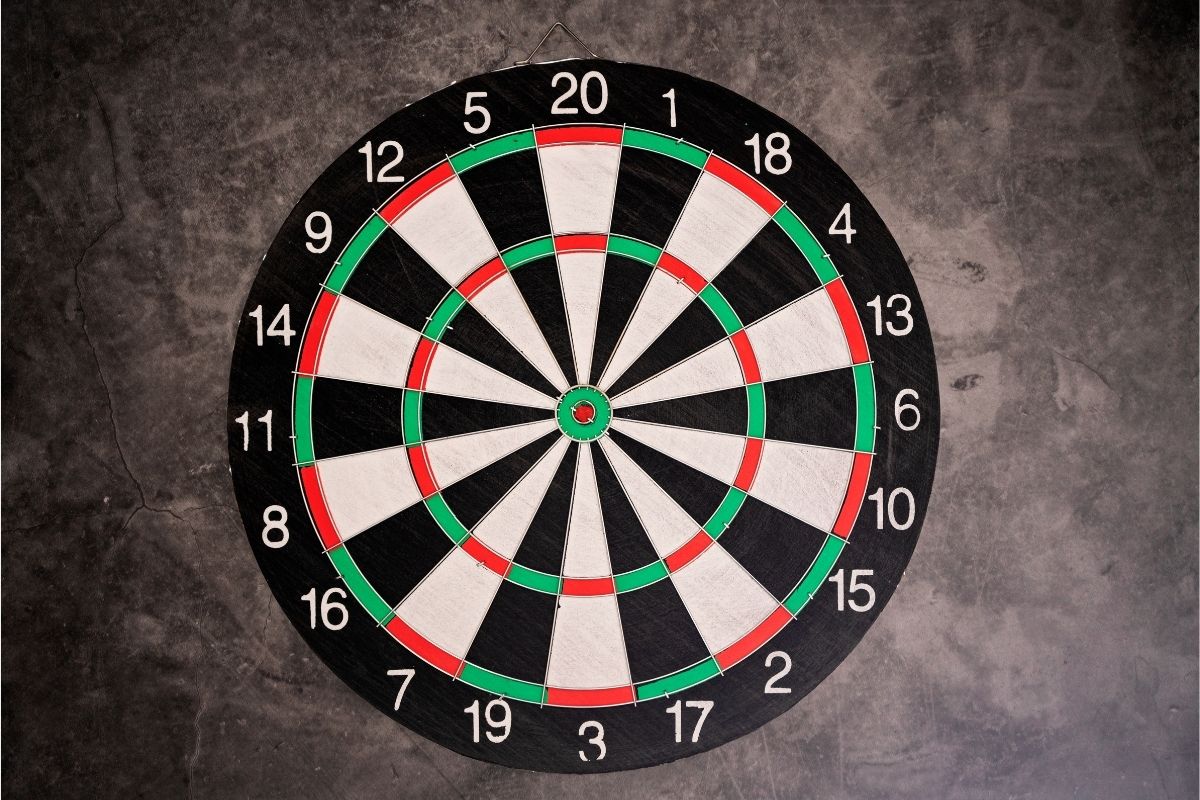 This game is like cricket but for 2 players. 1 player is a ‘scorer’ and can score points; the other is a stopper and can rule out numbers the scorer can score on simply by hitting them.

If you’re looking for an easy darts game, Count Up is the perfect game to play.

The PDC Q School is where amateur darts players compete for professional status and a PDC tour card.