There’s nothing like good old banter and a few funny darts sayings to throw the heat off of a challenging round of darts. These somewhat cheeky phrases help players blow off some steam and enjoy the game’s competitive edge.

Besides lightening the mood, funny dart terms also give players a common identity. For outsiders, funny dart sayings may sound like utter gibberish, but for players who understand dart lingo, these sayings are a great way to blend in.

So, if you are new to darts or would like to fit in more, here are some funny dart sayings to give you a head start.

Apparently, hitting the bullseye isn’t the only way a game of darts goes straight to the point. Instead of saying that a player has all three darts in the same area on a darts board, dart players will simply cut to the chase and say the player has “three in a bed.”

So, the next time your darts buddies mention they had three in a bed, try not to let your mind wander in an inappropriate direction. This is just a light-hearted way of explaining that all their darts fell either in the doubles or triples areas of the darts board.

They stroll in with the perfect set of Tungsten darts that look like they cost a fortune. They remembered to carry a dart sharpener and wear a branded t-shirt. But that’s all they bring to the table because the moment they start to play, you realize they have no idea about how to play darts.

Seasoned players often joke around about such players by referring to them as “all gear, no idea.” All gear, no idea players are often so bad at the game, and they mostly throw darts aimlessly and without any winning strategy.

Next, you might want to check out our article on darts paraphernalia.

But, when you hear the words “happy meal” mentioned during a game of darts, try your best not to scan the room for an order of McDonald’s four-piece chicken nuggets or any other of your favorite mouth-watering delights.

When playing darts in a feisty 1800s English pub, the sight of well-endowed females wasn’t something most players would miss. This site was also something they would enjoy referring to as they played, which is how the phrase “top bullocks” came to life.

Although the phrase has nothing to do with females, it has everything to do with a well-endowed score. “Top bullocks” is a phrase used in darts to encourage a player to hit the double 20 for a winning score.

A typical darts game may have its fair share of cursing. Players may occasionally let words fly as they feel frustrated or excited about their scores. Shick! Cack! Redeemer is perhaps the best illustration for this.

When used in a game of darts, the phrase “Shick! Cack! Redeemer!” refers to a round of darts that started with a low score, improved, and ended with an impressive score.

Although the phrase itself doesn’t sound remotely funny, what novice players do when they hear it could crack you up because the term is used at the start of a game, most newbies assume they are being requested to put their beer mugs or drinks down for the game to begin. However, this is definitely not what the phrase means.

Next, check out some funny darts t-shirts.

Forget the sight of a farm with manure or the site of something gross spreading all over. Muck spreading has nothing to do with that. Ironic as it sounds, muck spreading is, in fact, highly desirable in the field of darts.

Players use the phrase “muck spreading” when referring to a score of doubles and triples that a player wasn’t aiming for but got. Such scores can significantly push a player toward the top, making them most desirable. We say mostly because when muck spreading gets a player a score that is higher than necessary, especially in the x01 games, it can cost them their win.

Funny Dart Sayings Are a Great Way to Enjoy Darts

A game of darts can get pretty intense, especially when the stakes are high. So, players can always turn to funny darts sayings to help kill the tension and bring back the fun. Besides, beginners can use these funny darts terms to blend in more with the crowd as long as they use them in the correct context. 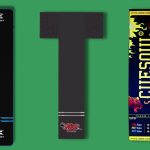 How Much Does a Dartboard Cost – With Examples 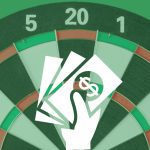 Here we share some of the best darts tactics with you. These tactics will improve how you play darts and may even secure a win.