How to Understand Tungsten Darts

Tungsten is commonly used in darts because it is dense; this means the weight of the dart will be very concentrated in one place. This increases the overall weight of the dart, making them at least 20% denser than other types of metal.

Though other metals are still used, tungsten darts have become so popular because of how slim they can be. Because the weight of the dart is concentrated in one place, it reduces deflection (the number of times that a dart will bounce off of or “deflect” from its intended target).

History of Tungsten Use in darts Manufacture

Tungsten is a metal with a variety of uses. The first documented use of tungsten in darts was in the early 1970s by a British company called Unicorn. Unicorn’s new product was showcased for the first time at London’s world trade fair in 1971.

They were just beginning to make commercial tungsten darts, and their heavy weight compared with brass ones was a stark contrast. What really captured the imagination more than anything else was how these futuristic-looking arrows seemed so slim yet heavy.

A few years later manufacturers introduced a new material that had nickel content which allowed them to increase still further weight while maintaining durability by giving it more balance between strength/weight ratio.

How Can You Tell if a Dart is Tungsten?

Different ratios of tungsten are available, each with a specific number attached. For example, 80% and 90% tungsten is common because it has a better balance between being dense enough and heavy enough. Tungsten darts have the highest weight-to-size ratio of any metal, which is why it’s so popular for darts.

Obviously, if you have the product description, look for the % of tungsten, if not, and you have two compatible darts that are the same weight, the slimmer one is likely to be tungsten.

Is Higher Tungsten Better for Darts?

Tungsten is a metal that comes in a wide range of forms, but the most popular among darts players is the 80-90% tungsten ratio. The higher end of this range gives you a better balance between weight and size, which means they’re easier to throw with accuracy.

However, as with all things in darts, it is important to find the right balance for you.

If you are new to darts, starting with something lower in tungsten might be good. When you feel comfortable throwing darts of a certain weight, then upgrade to more dense darts. This will make it easier for you to get used to the increased weight and size of higher tungsten darts.

How Do You Clean Tungsten Darts?

If you’re wondering how to clean tungsten darts, don’t worry. They’re very easy to care for. The best way is with a microfiber cloth after every game or practice session.

You should not use any cleaning products because you will run the risk of dulling the dart. It is also important to dry off any moisture as quickly as possible to prevent rust and/or oxidation from forming on the surface of your darts.

100% tungsten darts don’t exist because tungsten metal alone is far too brittle and this would result in your dart barrel being chipped and even broken easily. It would be similar to making a dart barrel out of glass – not ideal!

Tungsten is mixed with other metals to lessen the brittle quality enough to make them durable. To give you an idea of what it would be like to throw darts made from 100% tungsten, imagine throwing a glass bottle against a brick wall – not recommended.

Tungsten darts are very popular among dart players because they’re a great balance between size/weight ratio and durability. Knowing how to tell if a dart is tungsten and how you can clean your tungsten darts will help ensure that you get the best use out of your investment.

Also, remember that there’s no such thing as 100% tungsten darts because the metal is much too brittle on its own. we hope this article has helped you understand tungsten darts – check out our article best tungsten darts for beginners. 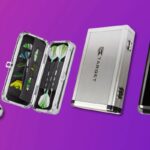