For beginner darts players it can at first seem puzzling why players don’t aim for the centre of the board as in other target sports. However, if you understand the rules of darts and the scoring system you’ll understand why it’s not always the best place to aim your darts. Let’s look in detail at this and other similar questions you may have about the wonderful game of darts. 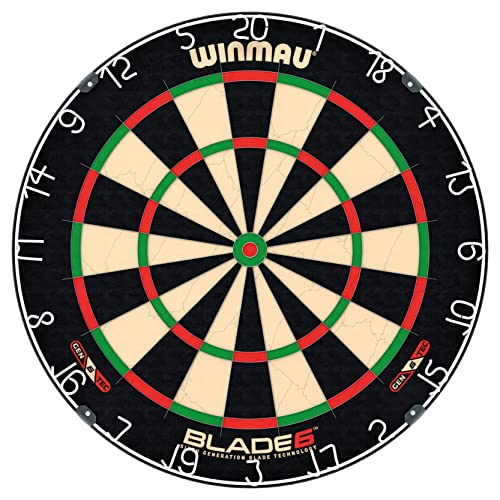 Why Not Aim for Bullseye?

The reason darts players do not aim for the bullseye when playing for maximum points is there are in fact 4 other targets on the board that weild more points than the bullseye.

The centre bullseye in darts is worth 50 points whereas triple 20 is 60 points. In fact every triple, 20 through to 17 is worth more points than the bullseye.

Other Reasons To Not Aim for the Bull

In addition to the points factor, the surface area of the bullseye is smaller than a treble 20 section on the board. That means that scientifically it’s harder to hit. All treble sections are of course equal in size so this is also true for all the trebles through to 17.

With a larger target area, the triple 20 is easier to hit.

The last main reason that players do not aim for bullseye is that if you miss, you can hit any number. When you miss at the triple 20 there is a high chance you will get a single 20. This adds up quickly particularly if you are not playing well.

It also makes the counting a bit easier!

Why Do Soft Tip Players Go for Bull?

The main reason sof ttip players go for bullseye is it is a larger target area on a soft tip dartboard than the triple20. This is because both the central bull and outer bull are both counted as 50 points.

Of course the treble twenty will get you 60 points but the target is smaller.

Why Do Steel Tip Darts Players Go for Triple 19?

Often you’ll notice that players will go for the triple 19 instead of 20 and this is because because they have lost the line of sight to the triple 20 and one or both of their previous darts is obscuring the target.

What is 3 Bullseyes in Darts Called?

Three bullseye in darts is called a ‘hat trick’. The former Welsh Darts World Champion Alan Evans popularised the term in the 1970’s when he famously finished a game with 3 bullseye equalling 150 points!

Hitting 3 bullseye in a row (some players count it as a hat trick even if it includes darts from a previous throw) is incredibly difficult and rarely achieved even by the best players in the world – hence it gets the accolade of ‘hat trick’.

How to Improve Triple 20 Shots

180 (as shown above) is a much sought after score in darts. There are a few things you can do to improve your chance of hitting triple 20 consistently.

Players in steel tip darts do not aim for the bullseye because there are other targets on the board that have a larger surface area and yield more points. Furthermore if you miss a bullseye (which is quite likely) you can hit any number on the board. If you miss a triple 20, you are likely to score at least 20. 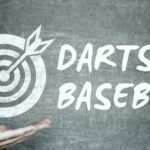 How to Play Darts Baseball 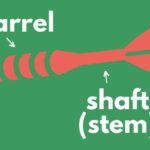