How to Play Darts Baseball

Darts baseball is a great game for those who enjoy both darts and baseball. The object of the game is to score runs by hitting targets around the dartboard. The game can be played with two or more players, and if you have a larger group you can play in teams.

Baseball darts is a really easy game that can be played at a bar or a fun aiming practice for throwing improvement around the dartboard. It’s a game where all abilities can play together and is perfect for those who love darts and baseball!

There is a game called ‘Dartball’ that is played on a specialty dartboard made by Viper. This is an entirely different game and you can find this board here: 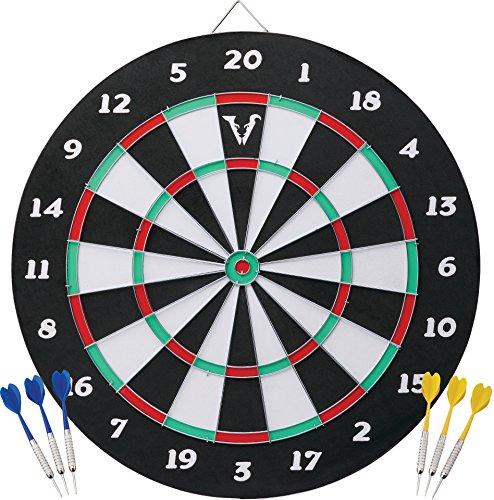 Baseball darts or darts baseball is played on a regular dartboard that has number 1-20 and double and triple sections.

You can play with as few as 2 players or as many as your scoreboard will allow. You can also play in 2 or more teams.

If playing in teams you can decide how many turns each team gets at each inning. Each player could throw 3 darts per inning or players could alternate innings. For a shorter game players should take turns to throw for each inning.

The objective of darts baseball is to score as many points (referred to as runs) as you can in 9 innings.

Each inning consists of throwing 3 darts at the corresponding number on the dartboard. For example in the first innings, you throw at the number 1, in the second inning, you throw at number 2 and so on.

After 9 innings are complete, the winner is the player or team that has the most points (runs).

Decide the Order of Play

Decide the order of play by having each player throw for the bullseye and assign the order from closest to furthest away.

You score points (runs) in darts baseball by hitting the numbered section of that particular inning.

A single point scores one run, a double score 2 and a triple score 3. If you miss the designated section entirely, it’s a miss and you get no points.

To set up your scoreboard write the numbers 1-9 in one column and the names of your players across the top. The score is kept as a running total so simply add the points scored at each inning to the previous.

You can also use our FREE printable darts baseball scoresheet.

The winner is the player or team with the most points after all 9 innings are completed.

What To Do If It’s a Draw

If after 9 innings, the scores are tied, simply add innings one at a time in a sudden-death format.

If you are playing in teams but have an uneven number of players there are a few simple ways to resolve the imbalance.

Some other instructions may suggest a ‘dummy’ player but we think its more fun when the actual people take the turns!

For more experienced players you may want to play the ‘7th inning’ rule which states that if no runs are scored at the 7th inning, their total score is halved. This brings some last-minute excitement to the 7th inning and puts pressure on players to at least score one run.

Throw Till You’re Out

A variation that is perhaps more suited to beginners is the throw till you’re out the version of the game. For this, we borrow the concept of 3 strikes and you’re out from baseball and a player may continue to throw darts to score at a particular inning until they miss 3 times.

The first dart scores double, the second dart misses, the third dart misses. The current score for that inning is 2. However, as they still have a miss (or strike) left, on the next turn they continue to throw at the same number as the innings is not over until they miss 3 times.

This is suited for beginner players as the more advanced player may find the games last too long! For a variation for better players, you could simply reduce the number of strikes.

Another fun variation is to include the bullseye in the game. A player at any time can go for the bullseye for a ‘home run’ and score 4 points. This brings an exciting scoring opportunity if someone is far behind in runs towards the closing of the game. However, it’s not recommended as a high-scoring strategy throughout the game as you will likely miss. However, both the outer and inner bullseye count as 4 points.

Have you played baseball darts? Let us know of any other game variations you tried. 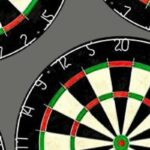 How is a Dartboard Numbered? 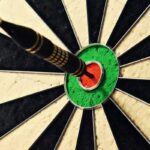