An electronic dartboard is a modern take on the classic dartboard. They’re great if you’re not good at math or are a little forgetful, as they automatically calculate your score.

Electronic dartboards can be used by anyone. But they are often recommended for children who are just starting out. This is because you can only use soft tip darts on them which are a safer option for youngsters. Casual players often prefer electronic dartboards too.

Electronic dartboards are clever pieces of kit that use technology to keep a record of your score so you don’t have to.

They look very similar to standard dartboards, although they are slightly different size. The designs of electronic dartboards are starting to get more intricate and some striking colors are being used on them.

One of the things that make electronic dartboards different from standard dartboards is that they’re made from plastic or resin rather than bristle. This increases the durability of the board and reduces how often you have to replace it.

Can You Use Normal Darts on an Electronic Dartboard?

Electronic dartboards have lots of holes built into them which soft tip darts slot effortlessly into. These holes are not suitable for the sharp point you’ll find on steel tip darts.

How Does an Electronic Dartboard Work?

You can usually run an electronic dartboard off your mains power or batteries. We suggest that you keep the board plugged in even when you’re using batteries. Otherwise, you risk the batteries dying and losing your game!

If you look at an electronic dartboard, you’ll see that there are lots of small holes on it. There’s hidden technology behind these holes, known as receptors.

When you throw a dart and it lands in one of these holes, the receptors work their magic. This includes calculating your score and sending an electronic signal with the number to the LCD screen.

Are Electronic Dartboards the Same Size as Normal Dartboards?

Electronic dartboards come in a variety of sizes but in general, the play area is usually very similar to a traditional dartboard though the double and triple usually have a larger surface area and are easier to hit.

For this reason, players who are accustomed to traditional boards will find the switch to electronic dartboards interesting as the doubles and trebles are easier to hit – although the darts are usually much lighter, so this negates some of the advantages.

Cheaper boards aren’t always as receptive as more expensive ones. The problem with this is that it may not calculate your score accurately which can be frustrating, especially when you’re playing with other people.

What Are the Pros of an Electronic Dartboard?

What Are the Cons of an Electronic Dartboard?

What Features Do Electronic Dartboards Come With?

You’ll find all sorts of features on an electronic dartboard, some of which you never thought you’d need.

How to Choose an Electronic Dartboard?

Now you’ve decided that an electronic dartboard is for you, you need to make sure that you choose one that suits your needs. We suggest reviewing the list of common features above and jotting down which ones are most important to you.

You won’t find all these features on every electronic dartboard – especially not the more budget-friendly options.

Next, set your budget and start shopping around. Always read reviews (good and bad) from other owners so you can get a feel for what the electronic dartboard is like.

We’ve also put together this handy list of the best cheap electronic dartboards to help you with your decision.

Who are Electronic Dartboards good for?

You’ll remember us saying that electronic dartboards are good for children who want to play darts and casual players. They’re also good for households where children are running around, as soft tip darts are much safer.

Electronic dartboards work well in places where there are a lot of players, such as in pubs and bars. The automatic scoring system and LED display should help to reduce arguments and keep everyone on track even when they’ve had a drink or two! 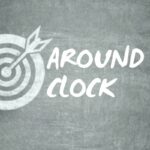 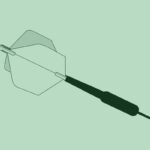 We’ve rounded up 7 simple darts games along with details of how to play them so that you can try your hand at something enjoyable yet easy.