How to Play Killer Darts Game

There are many different ways to play darts, for both beginners and more experienced players to play together. Killer is one of those games.

Killer is a really fun darts game to play when you have a large group of people. There are a few different ways of playing, but we’ll take you through our favorite way. It’s simple, easy to score, and a lot of fun as you can go on a ‘murder’ rampage taking out players as you choose.

Beware, however, if you choose to go after more skilled players first as they will usually return the favor, making yourself a target.

We’ll explain in detail how to play and show you how to score.

Killer is better the more people you have but you can play with as little as 3. Each player has a designated number and you ‘kill’ them by hitting their number and knocking off a life each time.

To be the ‘last man standing’.

Each player has to be assigned a number. Each player takes a turn throwing a dart with their non-dominant hand:

The number that their dart lands on, is their number for the game.

In order to become a killer, a player must first hit a double in their number. Once they’ve done that, it’s ‘go time’ and they can choose any other player to target.

Each player gets 6 lives. On the scoreboard, you use the word K I L L E R and cross one-off for each life lost. When all the letters are crossed off and the 6 lives are spent, a player is ‘dead’.

In the example above, Lucas is winning because he still has all 6 lives left. Mike is in the most precarious position as he has already lost three of his 6 lives. Strategically, Mike would be an easy target to pick off next….unless he’s your best friend!

You can convince people to join forces with you and target a specific player, which gives you a numbers advantage but also will prevent that person from coming after you.

How to Score Killer

For each time you hit a player’s number, they lose a life.

How to Win at Killer

Make sure that you can throw with your non-dominant hand.

Take note of who other players target. You can choose to take out the weaker players first as they will be less likely to come after you. Even if they did decide for revenge, having only a low skill level at their disposal, you are probably safe.

Psyche out your opponents! All in good fun of course. Friendly trash talk can be a lot of fun and once put under pressure with everyone watching them throw, your previously cocky opponent may struggle to throw well.

Why We Love Playing Killer

It’s an enjoyable game. Social and engaging and really fun to watch even when it’s not your turn.

It’s easy to understand and even after a few beers, everyone can keep up.

It’s also easy to score. You can play this on a regular sisal bristle board with steel tips darts and not have to get the calculator out every two minutes.

It can be really exciting and everyone gets involved supporting each other, even if they are already out. Some of my most memorable social darts evenings were playing killer.

Here’s the game at a glance:

Easy right? We hope you enjoy this game and get as much fun out of it as we do. Let us know how it goes.

If you’re interested in learning other darts games, check out this one on cricket. 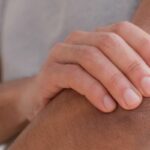 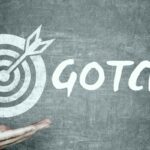