It’s a fun game to play in a group and you can add variations to make it possible for beginners to play alongside more experienced players. An understanding of the traditional rules of darts can be beneficial.

Get our free printable PDF scoresheet for Gotcha.

2 – or you can play in teams and work together.

How to Play Gotcha

Gotcha is essentially just like 301 in reverse. Instead of counting down to 301, you count up.

This is the fun part of the game. At any time when a player goes to take their turn, they can instead choose to try and match the score of their opponents. By doing so their opponent’s score is returned to zero!

This is what makes this game fun. At any time a player can kill you dead and you have to start all over again! However, be warned as killing is tricky to do. You must score exactly the same number as their score with just 3 darts.

If a player has a low score, it’s probably not the best idea to try and kill too early. If you miss, you are likely to be left with a low score yourself.

Check out how to play cricket darts game.

How to Score Gotcha Darts

The game of Gotcha is scored the same as 301 or 501 but in reverse. Instead of starting with a high number and working your way down to zero, everyone starts from zero and works their way up to the target score.

In the example above, neither player managed a ‘gotcha’ so both players threw to reach 301 and their scores are tallied and kept as a running total as they play.

In the game example above, on Bill’s 3rd throw, he scores 115 and ‘gotchas’ Ted as he had 115 points. The 115 is added to Bill’s running total bringing him that much closer to 301. Poor Ted goes back to zero.

Remember although in this example Bill and Ted are using 301 as the target number if you’d like longer games you could try 501.

There are a few simple changes you can make to this game to suit the players participating.

If you’re looking to play a game with friends, this is a great way of getting people talking and interacting while having a lot of fun playing. When playing in teams, make sure to mix up abilities and you’ll have the most fun. Always choose your order by the better player going after the weaker players. They are more likely to be successful at killing.

We hope you enjoy this game as much as we do – let us know how you get on. 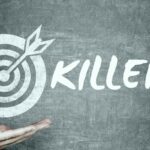 How to Play Killer Darts Game

How to Play Shanghai Darts 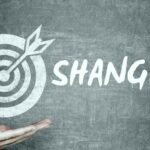