What is Bust in Darts? Explained With Pictures

One of the most important concepts, especially for beginners, is bust. What is bust in darts? How do you avoid it? And what are the consequences of going bust?

What is Bust in Darts?

A “bust” in darts is when you throw a dart that hits a score greater than the remaining score you have left to check out and win.

To understand this, let’s go over how the scores are calculated in a game of darts.

How Does Bust Affect Scoring in Darts?

When playing darts in traditional games like 501 or 301 the objective is to be the first player to get to zero.

Each darts player will start with a score of 501 points, also known as “the rules of 501” or “501 up.” All of the ’01’ games in darts are played in the same way. You start with that number and then players will take turns throwing three darts per round.

When closing out an ’01’ game, players must hit a double. If they accidentally get more points than are left or they hit the exact points but without a double, they bust, and that round of 3 darts is not counted.

3 Ways to Achieve a Bust

A bust happens while playing darts in 3 instances:

You’ve hit a higher score than you need to win. This is because a winning throw in darts is determined by whether it brings your total score down to exactly 0.

Lets look at different instances of bust with examples and pictures:

You have 32 points to check out and win. For the first throw, you hit a 16, and for the second, 15. At this point, you’ll have “busted” the game. Why? Because your total score will have been reduced to 1 – see diagram above.

So, instead of playing your third throw, your previous scores will not count, your turn will be over, and your score will be returned to what you had at the start of the turn (32 points per the example).

3. Exact Points But No Double

In the above example, the player hit the exact points to checkout but did not use a double. As it brings their score to exactly zero, they bust.

4. Example of Winning Without Busting

Alternatively, if the player scores 16, then hits a double 8 on the second throw, then their score will be reduced to exactly 0, and they will have won the game. This also means that you could win without having to throw all three darts during your turn.

In this example, there is no need for a 3rd throw as you have won just using 2.

Also, note that whether you start with 501 or 301, they are played exactly the same way.

Is Bust a Good Thing in Darts?

A bust is not a good thing in darts because it delays your closing out and gives your opponent a chance to win if they are in a position to do so.

When you get a bust during your dart throws, three things can happen:

When Would You Want to Go Bust in Darts?

Intentionally going for a bust in darts is uncommon as there are no benefits to doing it intentionally.

Can You Throw All 3 Darts at the Same Time to Avoid Going Bust?

No, you cannot throw all three darts at the same time.

According to Darts Regulation Authority (DRA) Rules 5.2.2: “All darts must be deliberately thrown in an overarm fashion, one at a time, by and from the Player’s hand.”

How to Avoid a Bust in Darts

Avoiding a bust in darts requires constant practice. You’ll need to know which doubles you need so you check out at exactly 0, with a maximum of 3 dart throws per round. Darts checkout charts are a good way for beginners to learn the checkouts.

To avoid busting, when aiming to checkout, it’s a good idea to aim high (or aim for the top half of the area of the double). If you miss, your dart will hit outside the points-scoring area and not count.

In summary, the best strategies for avoiding busts are:

What is the Highest Checkout Possible in Darts?

170 is the highest checkout possible number you can checkout on. It requires the triple 20, the triple 20, and the bullseye. The inner bullseye is counted as double in dart.

Can you think of more combinations that will guarantee a win?

The more you practice darts, the more checking out without busting will be second nature…though remember it happens even to the very best players in the game. Darts is a game of extreme precision, and even the World champions occasionally bust. 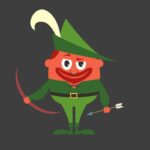 What is a Robin Hood in Darts?

How to Aim Darts – Sight Your Darts and Hit Your Target! 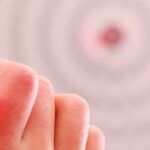