What is a Robin Hood in Darts?

A Robin Hood in darts is when you throw a dart that lands directly into the back of a dart already sitting on the dartboard. The second dart stays there because it sits on the shaft or flight of the dart in the board.

As you would expect, the name comes from the legend of Robin Hood and his excellent archery skills.

So, now you know what a Robin Hood in darts is, let’s find out how easy it is to throw one, and how it can impact your game.

How Rare is a Robin Hood in Darts?

You may never have seen a Robin Hood in darts before because it is very rare. The chances of throwing a Robin Hood are thought to be around 1 in 3,000.

According to Sport Videos TV, the first televised occurrence was in 2020 by John Bowles in a tournament.

How Do You Stop Robin Hood in Darts?

You can try to stop a Robin Hood in darts in three ways. These are with:

Flight protectors are designed to stop flights from being damaged. When you use flights, you stop a dart from being able to fly through a flight on a dart that’s on the board. This reduces your chance of throwing a Robin Hood. It’s not a completely fool-proof resolution, though as you could throw a Robin Hood that sticks to the stem of the dart.

Flight protectors are very affordable, so it’s worth giving them a go if you want to stop throwing Robin Hoods when playing darts.

To learn more about darts slang, check our article.

Do You Get Points for a Robin Hood?

You don’t score any points when you throw a Robin Hood in darts. For your points to count in darts, the tip of the dart must be in the dartboard.

Annoyingly, even though you don’t score, your throw does count as one of your turns.

Why is Throwing a Robin Hood a Problem?

For example, if your first dart lands in triple 20, and your following two darts land in the back of the previous dart, you could have scored 180. In reality, your score will only be 60.

Which Darts Players Have Thrown a Robin Hood?

Professional darts players will spend hours practicing every week, so there’s a good chance that many of them have thrown a Robin Hood. But they don’t happen very often in big televised matches. There are, however, a couple of cases of Robin Hoods that were captured on camera.

In 2018, Unibet challenged the then World Champion Rob Cross to throw a triple Robin Hood on purpose. The whole thing was filmed, and it took Cross less than 20 seconds to complete the throws.

Back in 2011, John Bowles looked far from impressed when he threw a Robin Hood in the middle of a match. Bowles’ Robin Hood is still talked about today and was recently included in The Daily Star’s ‘Rarest Darting Moments’.

Will a Robin Hood Ruin my Darts?

There’s a good chance that throwing a Robin Hood will ruin your darts. The shafts of the darts are most likely to get damaged with a Robin Hood. Darts with aluminum shafts are likely to bend out of shape, while nylon shafts will break.

In the video of Rob Cross throwing a Robin Hood, he refers to it as a ‘Triple Robin Hood.’ John Bowle’s Robin Hood is usually referred to as a ‘Double Robin Hood’ even though both players’ darts landed in the same position.

Throwing your first Robin Hood is an unforgettable experience. But while it might seem like an exciting move to throw, it can impact your game, score, and darts.

Thankfully, there are things you can do to lower your chances of throwing a Robin Hood, and we suggest using them if you’re serious about the game.

Check out our full article on darts terminology next. 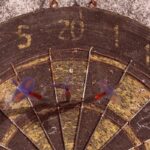 How to Maintain a Dartboard

What is Bust in Darts? 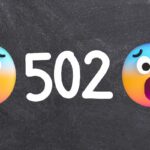