If you’re looking for an easy darts game, Count Up is the perfect game to play. All you need to do is choose a target number and take turns trying to reach that figure.

There are no fancy rules to follow in Count Up darts and anyone of any ability can play it. Like most darts games, Count Up darts can be adapted to make it a little more difficult for more advanced players. There are even a few variations of the game which we talk about in further detail below.

Interested in finding out more about Count Up darts? Keep reading and we’ll tell you all you need to know about this popular game.

Count up darts is also known as High Score Darts.

What is the Objective of Count Up Darts?

The objective of Count Up darts is to be the first player to reach the target number.

Each player gets to throw three darts per turn. You must make sure that all players get to have their last turn, even if another player has reached the target number.

Other options are to add another round or to increase the original target number.

How Many Players Can Play Count Up?

You need at least two players to be able to play Count Up darts. One of the great things about this game is that there’s no limit on the maximum number of players. It’s a great party game and you’ll find that time flies by when you play it.

You can even play Count Up in teams if you want to increase the competitiveness between you.

Tips and Strategies for Count Up Darts

It’s important to focus on the target number when playing Count Up. The target number is likely to be big, so you need to hit as many high numbers as possible. Where possible aim for:

Landing doubles and triples will also improve your chances of winning Count Up.

You also need to think about what number or numbers you’d prefer to throw at the end of the game. The Professional Darts Corporation (PDC) says that some numbers are rarely attempted. These numbers are:

If you don’t like these numbers or aren’t very good at getting darts to land in them, you’ll need to change the way you throw at the beginning of the game so you can avoid them.

What is a Perfect Score in Count Up Darts?

Let’s say that your target number is 500.

The highest score you can get in Count Up darts per turn is 180. You can throw a perfect score with just 9 darts with the following throws:

It’s not easy to throw these shots and score 500 with just 9 darts, particularly if you’re a casual player or a beginner. So, don’t worry if it takes you a lot more darts to reach your target number.

The best advice we can give you is to keep practicing, and you’ll soon see an improvement in your skills and scoring.

What Target Number Can I Choose in Count Up Darts?

You can choose whatever number you like. But, it needs to be a high number that you can’t score with a couple of darts. 300 is commonly used, although you could also go for 500, 600, 700, or even higher.

How to Keep Score in Count Up Darts

If you’re playing Count Up on an electronic dartboard, you may find that it has Count Up built into it. If so, all you need to do is select the game and the board will keep a record of your score for you.

Don’t worry if you’re playing on a traditional dartboard, as you can keep score with paper and pen or chalkboard and chalk.

You can download our free printable scoresheet for high score darts (same game).

How to Increase the Difficulty of Count Up Darts

One round of Count Up darts is ideal for beginners. But, if you’re an experienced player, you’re likely to fly through the game and may even get bored. Don’t give up on Count Up darts, though; increase the difficulty of the game instead.

You can do this by:

Are There Different Versions of Count Up Darts?

Confusingly, there are several different versions of Count Up Darts and all of them have different objectives and rules.

We’ll detail them below so you can decide which version of the game you’d prefer to play.

This version of Count Up darts involves players throwing three darts across multiple rounds. The winner of each round is the player who scores the most points. This player is then awarded 1 point. 1 point is on offer per round and the player with the most points at the end of all the rounds is the winner.

Another option is to determine the winner by adding up all the scores across each round. The player with the highest score is the winner.

You can also play Count Up darts where the aim of the game is to score as high as possible with 24 darts. The winner is the player with the highest score.

Count Up darts is a relaxing and fun game that any darts player can play. Over time, the game has taken on different formats and there are several different versions you can play. So, why not give each one a go and decide on your favorite? 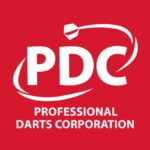