Darts is a really fun game, but it can be intimidating to beginners. Here are some easy dart games that you can play with people who are just starting out. These games are still really enjoyable for experienced players, so don’t feel like you’re stuck playing baby darts just because someone is new to the game! 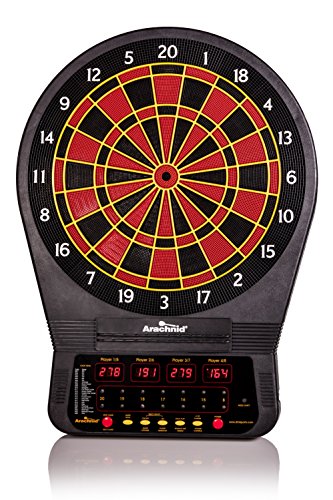 There are a variety of dart games that can be enjoyed by beginners. Here are five easy dart games to get started with:

Around the clock (also known as ‘around the world’) can be played alone as a training game or with as many people as you like. To play, each player throws three darts at the board, aiming for the numbers in sequence from 1 to 20. The first player to complete all 20 numbers wins the game.

Check out our full article on how to play Around the World.

Cricket is one of the most popular dart games in the US. If you have an electronic dartboard, it will likely have cricket as a game option. However, if playing on a bristle board you can easily keep score.

This is a fun game that can be played with two or more players. You’ll have the most fun as a group if you split into two teams and play.

The aim of the game is to score runs by hitting the numbers 15-20 on the board. Once a number has been hit 3 times by a player, it’s closed out. You can now score points on that number until your opponent also closes it out.

To start, each player throws three darts at the board, aiming for the numbers from 1 to 20. Once a player has hit a number three times, that number is considered ‘closed’ and points can no longer be scored for it. The first player to close all the numbers on the board wins the game.

You can close out numbers in any order you choose.

Here’s our full article on how to play Killer.

This is a great game for three players or more. Players are all assigned numbers by an introduction throw at the start of the game. This is their number for the duration. Each player has 3 lives and is knocked out by you hitting their number 3 times.

This is a ‘last-man-standing’ style playoff and super fun to play in the pub, particularly with larger groups. Players like to see who others target and therefore follow the game closely even when it’s not their turn. Singles count as one, doubles as two, and triples as 3.

Super fun game to play that puts you under some pressure to play well or your score will be halved!

Can be played solo or with as many players as you wish. Players each take a turn to throw 3 scoring darts at the board and attempt to score as high as possible. Every subsequent round, players can only score on the designated number for that round. Standard scoring applies to singles, doubles, and triples. Nothing is scored if the correct number for that particular round is not scored on.

If a player misses completely in three throws (one turn) their score is halved. Play for 3 rounds and the player with the highest score at the end wins.

This is one of the easiest games to play. You can play with as little as two – or as many as you like. The only proviso is each player must have one dart that they can use. No sharing.

This is because you have to leave your darts in the dartboard. Each player gets one dart and takes it, in turn, to throw as close to the bull as possible.

Leave the dart in the board until every player has thrown. The winner is the closest once all darts for that round have been thrown.

We hope you enjoy these games – let us know how you get on.

How to Play High Score Darts 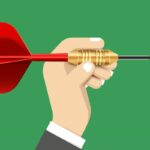