If you’ve been playing darts for a while and are getting surprisingly good at it, you might be curious to know how much professional dart players make. It’s a good way to think about playing darts professionally and whether it’s financially feasible to do so

The good news is that professional dart players can make a decent living by competing in dart leagues and tournaments and the top players in the world make between $1-2 million per year.

However, only the best dart players walk away with large cash prizes. Winning top-tier championships, such as the Professional Darts Corporation championship, can earn you millions of dollars in cash prizes, plus sponsorship and endorsement deals.

If you’ve ever wondered how much you could make as a professional dart player, read on to learn how much dart players make and how to become a pro dart player. 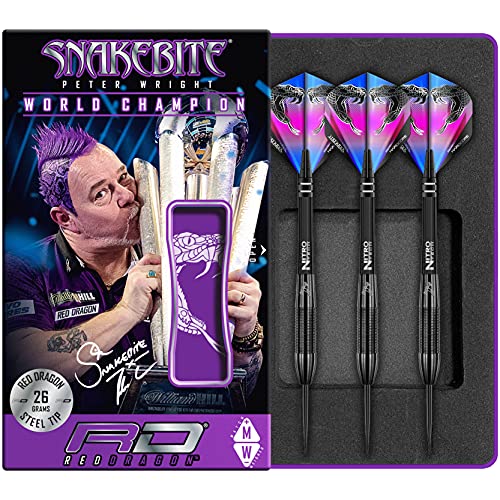 Who is the Highest-Paid Dart Player?

In July 2022 the highest-paid dart player is Peter Wright of Scotland. He tops the tables at a whopping £1.2 Million. Closely followed by Gerwin Price at £1.1 Million and Michael Smith at £645,000.

How Do Professional Dart Players Make a Living?

Multiple local dart leagues and tournaments are available online. The American Darts Organization, for instance, organizes dart tournaments in the United States, with cash prizes ranging from $1,000 to $31,125. However, the Professional Darts Corporation (PDC) of the United Kingdom hosts the most prestigious dart tournaments. PDC’s Premier League Darts is aired around the world and nets seven-figure viewerships that compare to tournaments like professional wrestling.

PDC’s Premier League Darts is broadcast around the world and attracts seven-figure viewerships roughly equivalent to professional wrestling tournaments. This year’s World Championships tournament awarded a total of $3 million in prize money to 96 players. The players earned $9,000 in the first elimination round, which increased upwards to £300,000 for the runner-up and $600,000 for the winner.

Winning championship tournaments attracts sponsorship deals from various companies, including online betting and dart manufacturers such as Target and Unicorn. The same fame attracts endorsement deals from a wider range of companies, which players typically display on their jerseys.

Some professional dart players make guest appearances at local tournaments, bars, or league exhibitions to supplement their income. Guest appearances do not pay much and may range between $300 to $600 per night, depending on how well your appearance sells tickets.

Since leagues and tournaments are frequently the primary sources of income, it’s important to consider the additional expenses associated with participating in competitions, such as travel, accommodation, or entry fees. Most players will cover these expenses through sponsorship or endorsement deals, so always keep in mind that you may have to finance yourself at first before you’ve established a solid footing.

How Do You Become a Pro Dart Player?

Becoming a pro dart player is no easy feat. It takes more than natural talent to earn consistent wins. The most obvious way to become a pro dart player is to practice. Most professional dart players practice a couple of hours per day. To keep the momentum going, you’ll need passion, self-discipline, and a commitment to constantly improving your craft.

To get you started, we’ve compiled a list of tips to help you on your way to becoming a pro dart player.

Dart players must declare their annual earnings for tax purposes. Adrian Lewis is a well-known darts player who was confronted with a massive tax bill. There have been many more dart players who have had worse financial problems. You don’t want to spend all your cash prize money only to be harassed about paying taxes. So to avoid any run-ins with the law, always keep track of your finances and pay what you owe to the taxman.

The top ten richest professional dart players in history have fortunes ranging from $3 million to $10 million. The majority of these assets are derived from PDC’s cash prizes, sponsorship, and endorsement deals.

Most estimates use cash prizes to determine how much professional dart players make. However, this logic is flawed because additional expenses may reduce income values, such as entry fees, tax, travel, and accommodation fees. If you have a manager, you may have to pay for their services as well.

Moreover, while the prize money is lucrative, the majority of it is distributed to the top performers. So, to enjoy a financially stable career, we recommend aiming for the top 15, preferably the top 10, spot at any of the world championships.

Becoming a pro darts player is perhaps one of the trickiest ways to earn ‘easy money’! In fact, when it comes to being the best in the world at their sport, dart players are paid considerably less than other sports.

However, when you have a passion for arrows and enjoy hours and hours on end of practice with a burning drive to succeed, professional darts may be in your destiny! 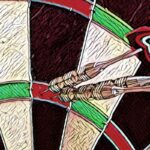 How to Play Darts – A Beginner’s Guide

How to Protect Your Floor and Walls When Playing Darts 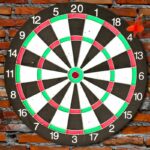