Darts is a popular pub game that many people enjoy playing. But do darts players drink alcohol? And if so, does it affect their performance? We will answer this and go into more detail about the rules, history, and drinking habits of darts players. Read on to find out!

Yes, the majority of darts players drink alcohol. This is primarily due to the bars and pubs where most darts competitions are held.

When not competing, most darts players can be found sharpening their skills in pubs where having a drink or two is commonplace.

Do Darts Players Drink During a Game?

The British Darts Organization (BDO), a darts organization of 66 member countries that oversaw darts competitions in the United Kingdom, banned the consumption of alcohol on stage in 1989.

Alcohol consumption on stage is still prohibited today. However, many professional darts players continue to drink alcohol while competing in local competitions or before and during major tournament breaks.

There are no rules prohibiting darts players from drinking before a game and in between breaks. So, while drinking alcohol while playing darts on stage is not permitted, there have been reports claiming that players drink alcohol backstage before a game and during breaks.

Of course, not all darts players are the same. Most darts players, however, are known to drink before a game to take the edge off. For instance, Andy Fordham, a well-known darts professional and one of the heaviest dart throwers, claims to have consumed up to 24 beer bottles just before winning the 2004 BDO World Darts Championship.

Yes, darts players used to and still do drink beer. Darts is a game popular for its drinking culture. The majority of local darts competitions take place in bars and pubs.

People used to play darts for pleasure with a drink in their hands back in the day. And when darts first appeared on television, players would play while drinking.

Drinking during a competition may seem strange today. However, darts and drinking were once so closely linked that a comedy show aired a ‘darts-drinking’ scene on Not the Nine O’Clock News in 1980.

With time, the darts drinking culture began to rub sponsorship companies and mainstream media the wrong way. People thought the darts game was not serious and gave the wrong impression to the younger generation. As a result, TV viewership dropped.

With increased media scrutiny, the darts community began to cut back on drinking. Furthermore, larger cash prizes meant that there was a lot more at stake and that darts players needed to focus and be on top of their game.

You may be wondering if drinking beer makes you a better darts player since some of the best-known darts players do. For starters, darts is not the same as other professional sports. It requires less physical movement and more muscle memory.

As a result, some reports claim that drinking alcohol helps darts players focus while playing by calming their nerves. Andy Fordham, a great professional darts player, who drank alcohol before a game and has gone on to win major tournaments, is a case in point.

However, while low levels of alcohol can help relieve anxiety and nervousness before a game, scientists believe that the body develops a tolerance and may require higher amounts of alcohol over time.

And since darts players compete in countless competitions, with some taking breaks in between, it is possible that an overwhelming dependency develops that begins to affect their health.

To this day, some professional darts players suffer from the negative effects of alcohol consumption, including Andy, who passed away at the age of 59 from organ failure.

So, even though alcohol is permitted in darts before or between breaks, scientists advise developing healthier coping mechanisms for anxiety before a game. In the long run, investing in therapists, sports psychologists, or trainers helps to stay healthy and reduce any reliance on alcohol.

The Future of Darts and Alcohol

Many local darts competitions are still held in bars today. This has significantly contributed to the co-dependence of darts and alcohol. However, the drinking culture is gradually fading, with younger players emerging who do not drink alcohol at all. Of course, not every darts player is open about their drinking habits.

Alcohol prohibition before games is likely to reduce the number of darts players who drink. But, given the long history of the darts drinking culture, it’s difficult to predict whether darts will take that step. 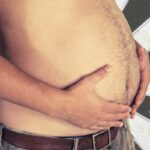 The Best Snacks and Drinks to Have Whilst Playing Darts 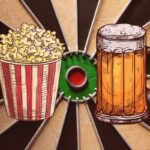