Target Nexus vs Gran Board 3

In this article, we are going to compare two of the most popular electronic dartboards available. They are the Gran Board 3 LED and the Target Nexus Dartboard. In order for you to make a better-informed decision on which product is best suited for you, I will attempt to give a fair review of each board.

It goes without saying that when it comes to electronic dartboards you will probably have your fair share of company opinions about which is the superior board. If you search on the web for reviews of both boards, you will find that some people who own one board or another love theirs and think it is the best, while others own a different board and think theirs is better. This is the case for any product, whether it be a TV or a pair of shoes, so people’s opinions are not going to help you decide. 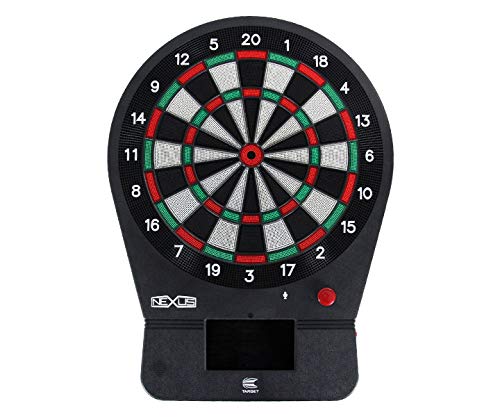 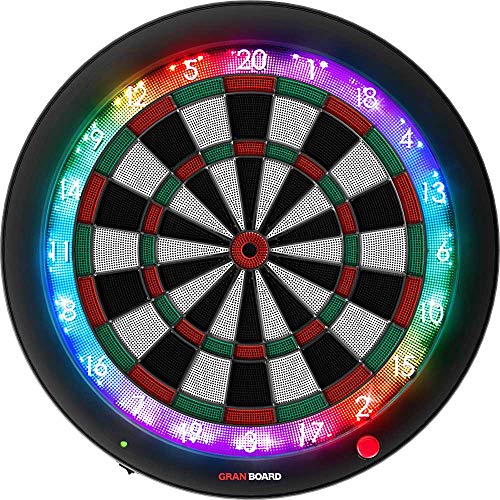 Here is a breakdown of what you need to know about both boards, so you can decide which one suits your needs the best.

It is a relatively new electronic dartboard that has been designed to provide a realistic tournament experience. Unlike most other electronic boards, which tend to use a single chip and look like a traditional board with built-in bullseye lights, this one uses three separate chips. All of these chips have been placed inside different segments of the board so there are no wires or any electrical connections between them. This means that this dartboard is suitable for tournament use.

It uses a noise-reduction system called Soundguard, which makes it a bit quieter than other boards. It has 10 games out the box that include 301, 501, Cricket and Killer. There are also three different difficulty settings in each game to allow you to customize your playing experience according to skill level and preference.

Many people who have bought this board say how much fun they have playing with friends on it because everyone has such a good time due to its ease of use and realistic feel. This board retails online for $300 [correct at the time of writing].

Special Features of the Target Nexus

How Good is the Target Nexus?

It is likely that if you are reading this, then you already know how good it is. But in case there are still some doubts lingering in your mind (perhaps because of all the hype surrounding other boards) then perhaps my experiences with it can help to sway you one way or another. It’s important to note that I have never had any experience with an electronic board apart from this one, so what I’m about to say next isn’t biased by comparison.

The first thing that is noticeably different about this board when compared to traditional boards is its smoothness. If you’ve ever played on a traditional board using steel tip darts, then chances are pretty high that every now and again your dart might bounce off the wire. It’s not a disaster, but it can be a little annoying and you might occasionally hit wires because of this.

The Target Nexus dartboard feels completely different from a traditional board in this respect. Not once have I experienced the tip of my dart bouncing off the board or hitting wires when playing on it with oft tips. Considering that there is a lot less chance of you getting frustrated by something as minor as this, then it makes for a pretty good start to your playing experience.

Without going into too much detail about each individual game available, here are some pros and cons about using this electronic dartboard:

This electronic dartboard has been designed for use in home entertainment areas because it allows you to connect it up to your television through an HDMI cable. It comes with a remote control so that you can switch between games without having to get off your couch. As well as being able to play various different types of darts games, you can take a look at the scores of professional darts matches that are often broadcast live on TV. This gives you a chance to practice and improve your own game without having to leave your home or spend money going to see real-life professionals play in person.

Weighing just 17lbs, this board is by far the lightest electronic dartboard currently available today. It also comes with its own LED lights which do not require any batteries because they are powered directly from the mains power supply. There’s no need for an external wall socket either – instead, it has been designed so that you can hardwire it into your home electrical system using only one plug point. ​

As well as being ultra-lightweight and energy, efficient, it also has whisper-quiet technology which helps ensure that you are not disturbed by rattling wires or noisy darts clattering against ones that are already in the board. This is quite a useful feature for those who plan to use their dartboard at home during evening hours or early in the morning when trying to avoid waking up children, spouses, and animals.

The dartboard itself comes with soft tip darts though is not of great quality. The bad thing that I could say about the dartboard itself because it’s hard to go wrong with something so simple and affordable. It also has much less chance of breaking down than other boards which makes it much easier to recommend. As long as you don’t expect too much from its electronic scoring system then you won’t be disappointed either!

Problems with your lights on your Gran Board 3?

The bottom line is this – there are not many differences between these two boards with most of them being positive. For us, it’s a tough call because both are good in their own way. Depending on what you are looking for in an electronic dartboard, one might suit your needs better than the other!

The main thing you need to remember is that the technology on both boards is very similar. For example, they both use sensors that detect when hits are made so that the score can be calculated automatically for you. Both also come with backlit display screens, which make it easier to keep track of your points and change them whenever necessary without asking someone else to help or risk losing sight of the score while playing.

For us, there’s no doubt that this Gran Board 3 LED Bluetooth Version Electronic Dartboard version wins over all other electronic dartboards because its screen makes it possible to see players’ scores even if they are in a different location. 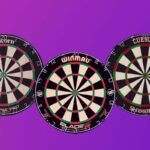 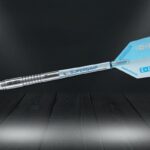 There are so many good rustic dartboard cabinets online that you may find it a little tricky to choose the best one. Worry not, as we’ve done the shopping around for you.

Soccer darts inflatables are giant dartboards. But you don’t throw darts at these boards. Instead, they’re designed to be used with soccer balls.

We’ve rounded up some of the best darts paraphernalia available to help you choose the perfect piece.