6 Common Mistakes Darts Players Make and How to Fix Them

Good darts is a combination of eye-hand coordination, technique, and the understanding of angles. There are hundreds of tips and tricks you can use to improve your game so don’t feel overwhelmed by what I am about to tell you. Instead, take out one tip at a time and start practicing it today. If you do so, you will notice big improvements in your game within a few weeks.

Apart from not understanding the rules of darts, there are a lot of things that players get wrong. Let’s look at some common mistakes and how to fix them.

You need to visualize a line from the dartboard to their point of aim at eye level and keep it on that line during the throw. If you aim below the target, they will miss low; if they “aim above” (i.e. too high) their darts will hit outside of the board and bounce out (or not even stick into the board at all). If you’re not consistently hitting the bullseye, your darts are almost certainly aimed too low.

Fix this by visualizing the target line, then imagining that there is a tennis ball on that line at eye level. Visualize where that tennis ball is in relation to your dartboard and throw accordingly.

How to Aim in Darts

Aiming is simple. Focus on your line of sight where you want the dart to go. Look directly at your target. Then, get the rest of your body to follow and point towards that target. Think of pointing toe, elbow, wrist, and fingers at your target.

This will help you establish the basics of aiming in darts.

Do you pull your dart after it is released? Is your throw looking more like a snatching action? If so, this means that your follow-through isn’t long enough and you need to extend the throwing elbow more. Your elbow should be pointing directly at the dartboard when you have finished your throw. In case your elbow is pointing somewhere else, you need to extend it before the release of the dart. Fingers should finish extended in direction of the target.

Tip: Extend the throwing arm as far as possible and focus on a clean follow-through with an extended elbow. Snap that elbow back (but don’t overdo it) after releasing the dart so it fires forward into your target. 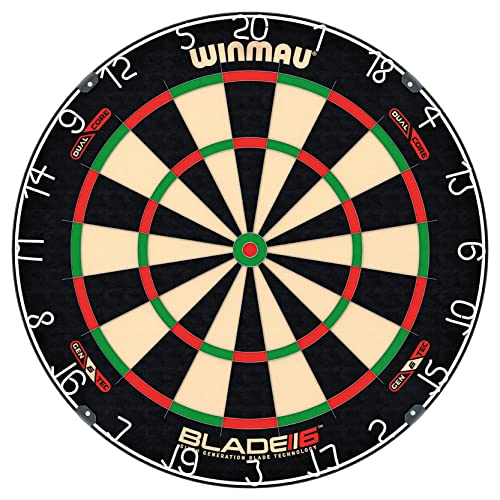 This is likely a problem with your release of the dart (when you let it go). When you hold a dart, you should have a good comfortable grip around it but not so hard that the dart is being crushed in your hand. If you see white knuckles on either side of the dartboard or if they are cutting off circulation to your fingers.

Fix this by loosening your grip around the dart just enough that the dart has some movement in your hand. Let go of the dart with your wrist, not your fingers.

Fix it by trying thinking the following when throwing:

Your grip should be strong enough to control the dart but not so strong as it results in distorting your throw. Getting the balance of grip can be extremely tricky. If you’re having issues with sweaty hands, try some wax.

If there’s a pause in your throw or if you’re making weird movements then you should try and fix that. The act of throwing shouldn’t be broken up by too many unnatural movements or sudden changes in speed.

Fix this by making it one smooth action. Don’t break the throw up with weird pauses, just let it flow until you can see its peak height fall below eye level and release at the right time.

By minimizing the movement through the rest of your body you reduce the number of variable aspects to your throwing action.

Because whole-body movements can be difficult to notice yourself, get someone to observe you and comment – or record yourself on video so you can analyze the movement yourself.

6. Make Your Stance The Same

By making your stance the same each time, you further reduce more variables to your darts throw.

Darts is not a sport that can be learned overnight. It needs proper guidance and lots of practice. Mastering the skills to play this game will definitely take some time but it’s totally worth it when you see your dart landing exactly where you want to hit the target.

If you believe in yourself, good things happen. So if you believe that you can make a positive change in your throw and gain self-control, you’ll find the perfect throw.

We hope these tips have been helpful.

Check out our article on darts finishes to help with that part of your game. 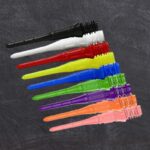 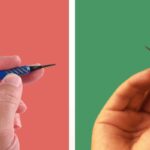 Around the world is a fun darts game to play with friends and regardless of experience, you can all play together.

Everything you need to know about lefties playing gdarts.